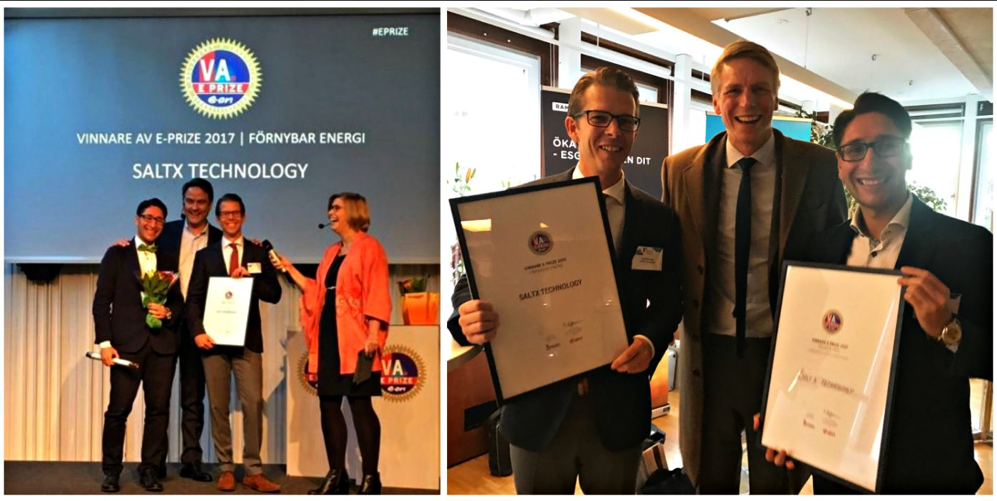 Nasdaq First North listed SaltX Technology has been awarded the Swedish energy prize,
E-Prize, presented by leading European energy company E.ON and Swedish business magazine Veckans Affärer. SaltX won the category “Renewable Energy” as well as the “People’s Award” receiving over 66% of the votes. The prize is presented to “Sweden’s smartest energy innovation”, according to the magazine.

It is the ninth time that Veckans Affärer presents this award together with E.ON – one of Europe’s major energy company.

"From the kitchen table to a common objective as giants like Google in the quest for the holy grail, SaltX has developed an inexpensive and effective way to store energy in a long term, sustainable material " reads the motivation of the jury.

”We are of course proud that such a renown and competent jury highlights SaltX technology and sees the potential of storing energy in salt. The fact that a leading energy company such as E.ON – a potential customer and user – backs this award is also very encouraging”, says Karl Bohman, CEO of SaltX Technology.

Read the article in full version in Veckans Affärer:


wkr0006.pdf
We use cookies to ensure that we give you the best experience on our website. If you continue to use this site we will assume that you are happy with it.Sounds good